Skyline Trail in May is a dreamscape. Despite the absence of patched medieval castles, squat thatched-roof villages and stolid Norman churches that I acquaint with fairytales and fantasy, the trail was magical. What wonderful stories the Native Americans of this region must have told of the flowers that bloom in these tall, moist, canopied forests in the springtime!

In the 1920s, the road’s chief engineer described Skyline Blvd as a highway that “combines the beauties of the mountains, the sunsets of the desert, the fogs of the ocean, and the panorama of the bay.” For about half an hour, we looked for openings in the wire fence that blocks access to the trail from the road, until we found an entrance near Swett Road.

There wasn’t another soul on the trail, although we did wonder if the little fellow who dug these ⬆️ mole-sized holes wasn’t nearby. The holes connected to a ridge that followed the trail for miles, a service road for four-footed friends. 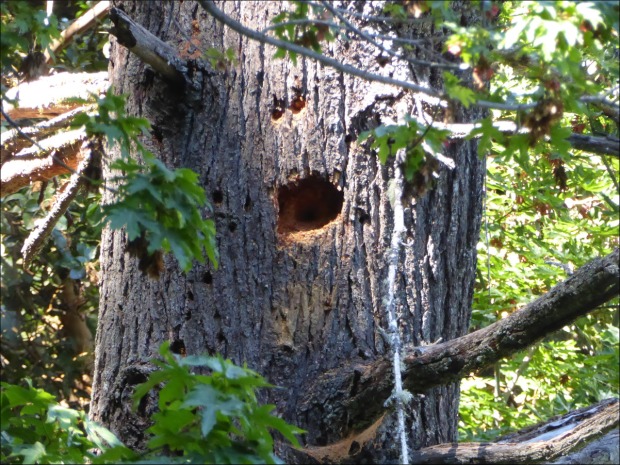 We think Hairy woodpeckers (Dryobates villosus) made these holes. The National Audubon Society says that, “In its feeding Hairy woodpeckers do more pounding and excavating in trees than most smaller woodpeckers, consuming large numbers of wood-boring insects.”

But otherwise the forest was quiet.

Time slowed down. Instead of minutes, we measured its passing in the moments between discovery and contemplation.

Victorian author George Eliot wrote that “If we had a keen vision and feeling of all human life, it would be like hearing the grass grow and the squirrel’s heart-beat, and we should all die of that roar which lies on the other side of silence.”

On the other hand, biologist T.H. Huxley said that “To a person uninstructed in Natural History, his country or seaside stroll is a walk through a gallery filled with wonderful works of art, nine-tenths of which have their faces turned to the wall.” Skyline Trail is a gallery well worth studying. 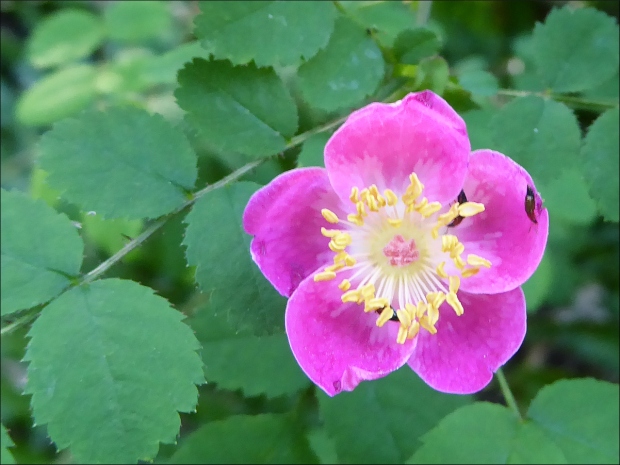 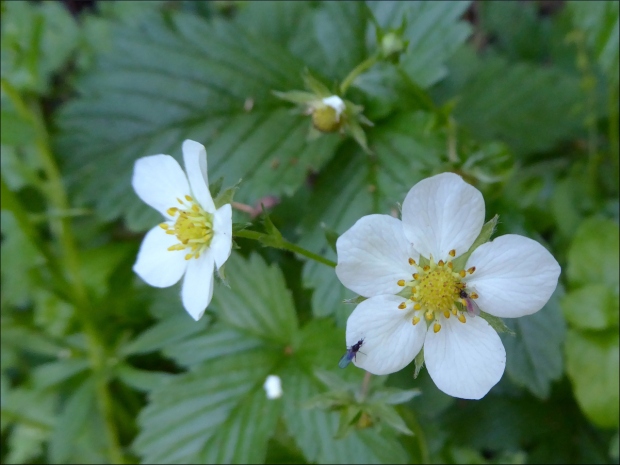 Margined white (Pieris marginalis)? I wish I knew the name of the flower it was sipping on. 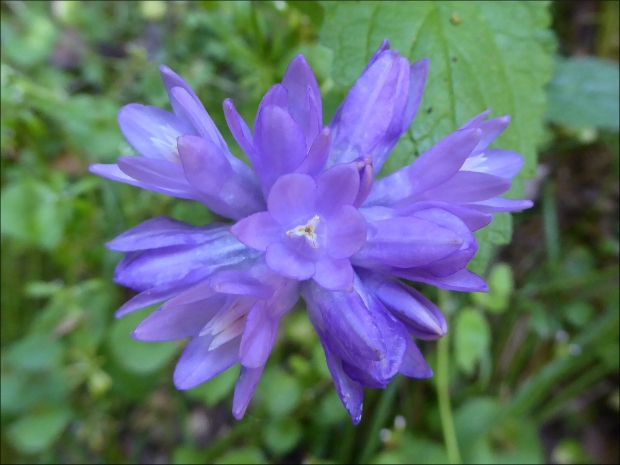 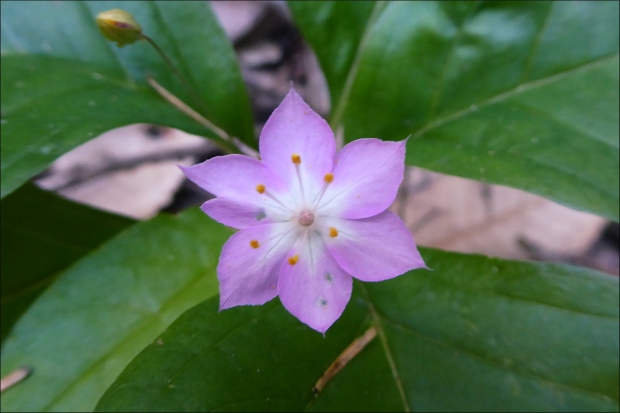 Skyline Trail, which is a part of the Bay Area Ridge Trail, was our introduction to Bay Area hiking. Here’s the trail map: Wunderlich to Huddart County Park via Skyline Trail. It was a quiet trail and an easy hike. Blogger, David Baselt, mentions in his gorgeous and incredibly informative website, Redwood Hikes, that the trail includes some little-known patches of old-growth redwoods, although unfortunately we didn’t find them. Baselt’s site also offers detailed, highly readable trail maps, and San Mateo County’s website offers a succinct description of the trail and it’s connectivity to surrounding trails. 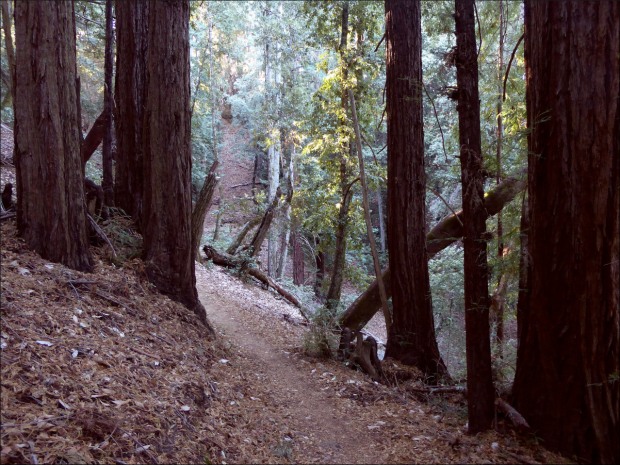 Sun-rays slanted through tall pines, painting pine needles gold and creating panels of light that intersected the trail and were so thin that you could almost step through them. 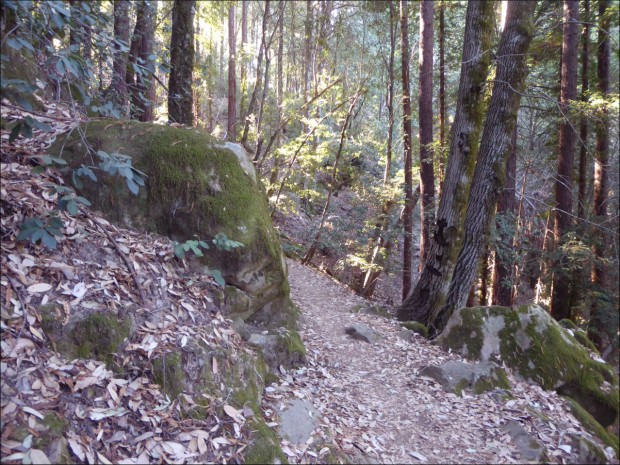 I think the hollow in this sandstone is called a “tafoni.” There’s a great explanation of what tafone are in this article: https://baynature.org/article/the-rock-in-the-redwoods/.

Fallen conifers look so funny without their needles! Is this a spruce?

This was our first encounter with a Madrone tree (Arbutus menziesii). They reminded us of South Florida’s gumbo limbo trees, also known as tourist trees because they are red and peeling, like this guy.

Acorns of the Tanoak, which are in fact related genetically to both chestnuts and oaks. Tanoaks are native to the region and play a significant role in its history.