It’s been a little over a year since we said goodbye to London and the U.K. and relocated to the San Francisco Bay Area. I was reluctant to leave. The parks, charity shops, high streets, public transit that gets you anywhere anytime, museums and galleries, countryside, pubs, and history at every turn were hard to let go of, but at least we left in style. After a bit of fuss over our lease agreement (beware of renting from KFH) and lots of back and forth with freight forwarders, we mailed three-weeks’ worth of clothing to France, hopped on our bikes, loaded Oliver in his basket, and cycled out of town. Our destination: France, for three weeks of visiting with family and cycling the countryside prior to moving back to the United States. 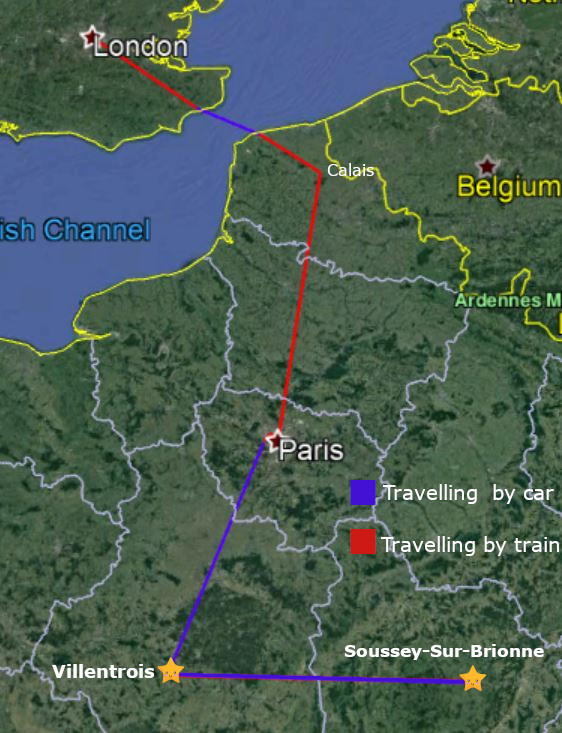 Departing from Battersea Park, we took one last peek at Windsor Castle, Big Ben, the Houses of Parliament, the Thames and Tower Bridge, and caught a train from London Waterloo East to Folkstone Central, a cab to Calais, and a train to Paris, where we cycled between train stations. Finally we took a train to St. Cloud (a suburb between Paris and Versailles), where we spent a few days before driving to Villentrois, in the middle of France. We then headed east to Soussey-sur-Brionne, from whence we cycled the Canal de Bourgogne and the Parc Regional Natural du Morvan. We then returned to St. Cloud and cycled around the Forêt de Fausses-Reposes, which stretches from St. Cloud to Versailles, for a few days before packing up our bikes and heading back to the United States.

Unfortunately we didn’t take any photos of the exodus through London. This was taken en route between London and Folkstone.

We took a Folkstone Taxi through the Eurotunnel, avoiding the Eurostar because it has a no-pets policy. While crossing the Channel, we were interviewed by Channel 4 for a documentary about the lives of regular people using the Channel in the light of Brexit.

A Folkstone taxi cab in the Euroshuttle, transporting us across the Channel while we are interviewed by Channel 4. Two of several cameras are visible, as well as a shy Ollie. Chloe from Blast Films, who organized the interview, was riding in the car behind us.

From Calais Ville we took the SNCF to Gare du Nord, then cycled through Paris to Gare Saint-Lazare, which took us to St. Cloud, our first destination. 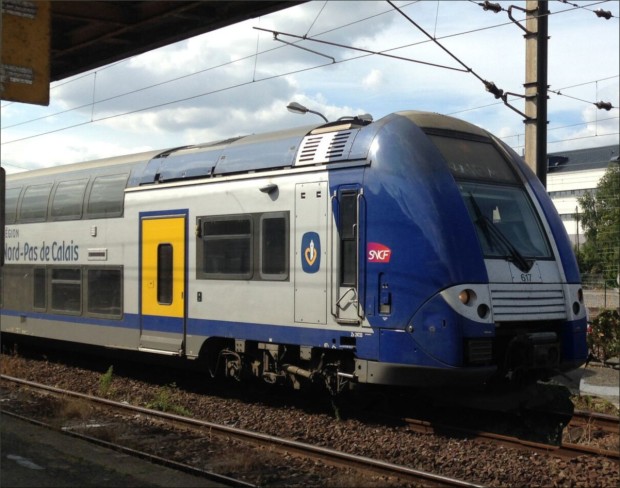 The trip lasted about seven hours and involved at least a dozen staircases, but was otherwise painless. And I would lug my bike up twice as many staircases to cycle the French countryside again.