Our second cycle tour of the UK took us to the South Downs. We followed South Downs Way, a 100 mile (160km) off-road National Trail that connects Winchester, the Saxon Capital of England, with the white cliffs of Eastbourne. With a total of 3,800 metres, or 12,600 feet of ascent, it normally takes 7–10 days to walk, or 2–4 days to ride. We set out early one Saturday in April to do a one day tour, starting in picturesque Petersfield and ending in Emsworth, via Buriton Chalkpits and Limeworks, West Dean Wood and Kingley Vale National Nature Reserve.

The trail through Buriton Chalkpits and Limeworks was shady and quiet. A couple busy roads intersect it, which seemed a bit dangerous. West Dean Woods was spectacular with hazel coppices and fields of purple violets. It’s also the home of the Andy Goldsworthy chalk balls, located along the aptly titled Chalk Stones Trail. Kingley Vale Trail takes you through an ancient yew tree reserve. Some of the reserve’s yew trees are the oldest living things in Britain!

The grassy, round hills were a treat to ride. The ascents and descents were gentler than those of The Ridgeway, although I will say that we thought we’d hit the final hill five times before we actually climbed it. We saw quite a few mountain bikers and backpackers, but, strangely, no other female cyclists. And we added another word to our British lexicon: “hiya.” Unlike in the US, where the same expression sounds the way it is written, over here it sounds like “howareya”; it means the same thing, though. My dad, an Australian and long-time resident of the US, says hiya like the British do and always gets the response, “Good thanks; how are you?” 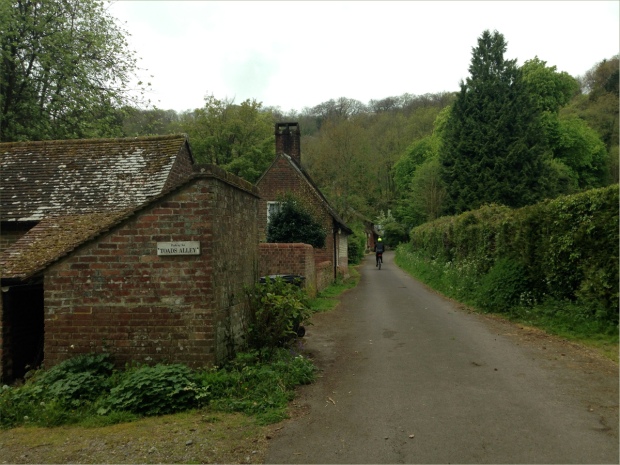 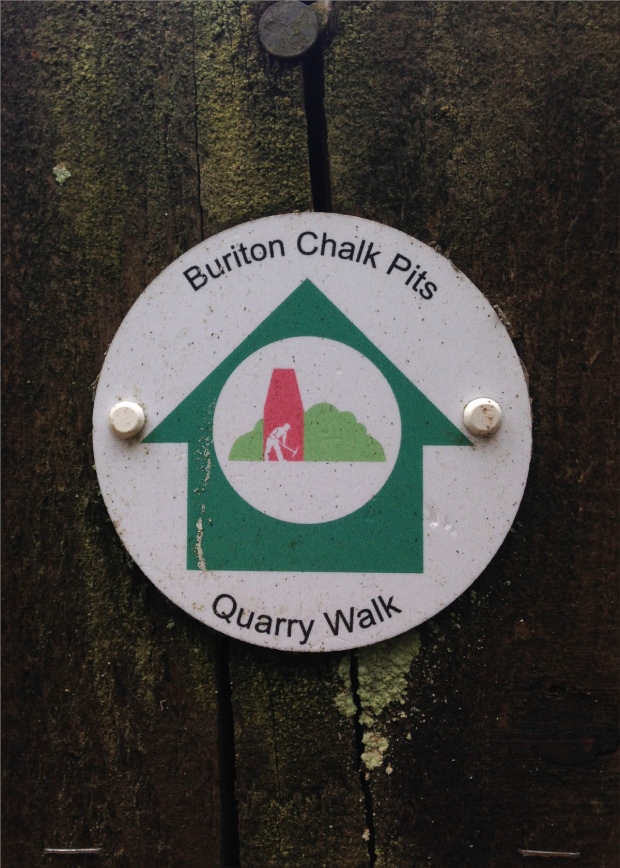 Brilliant graphism. These labels very effectively placed us in space, time and history. 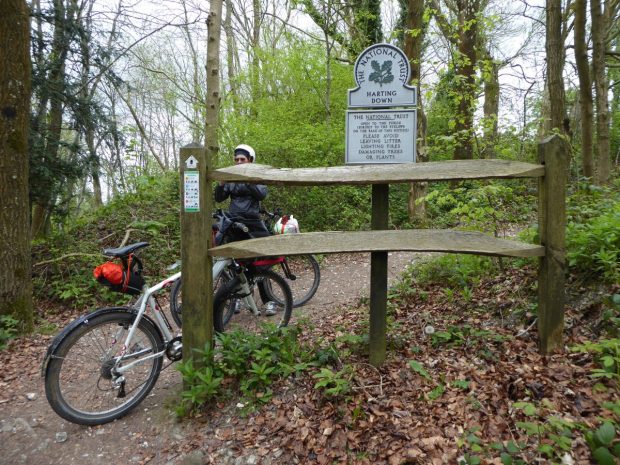 This little fellow entertained us as we at our lunch.

This was our view from Harting Down as we ate our lunch. 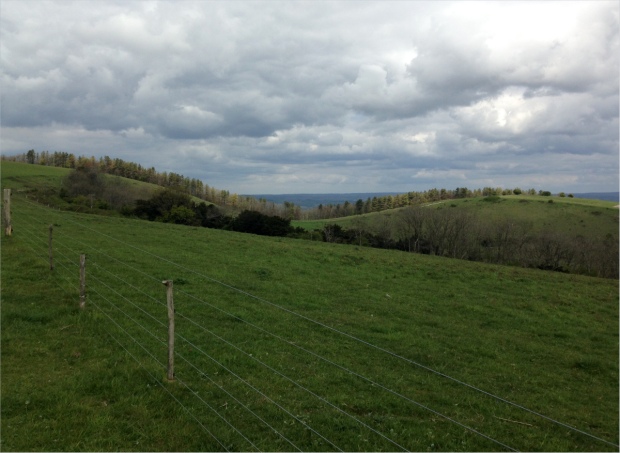 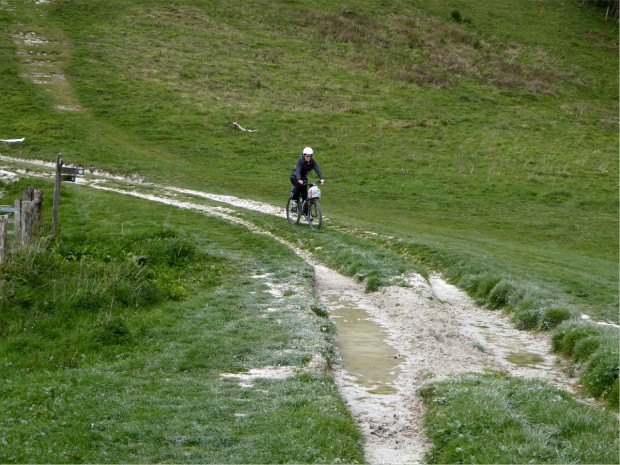 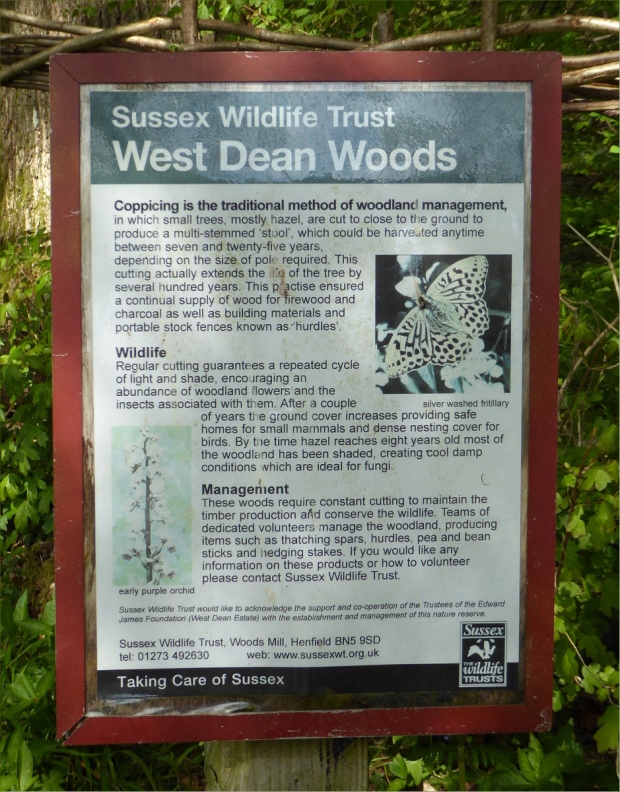 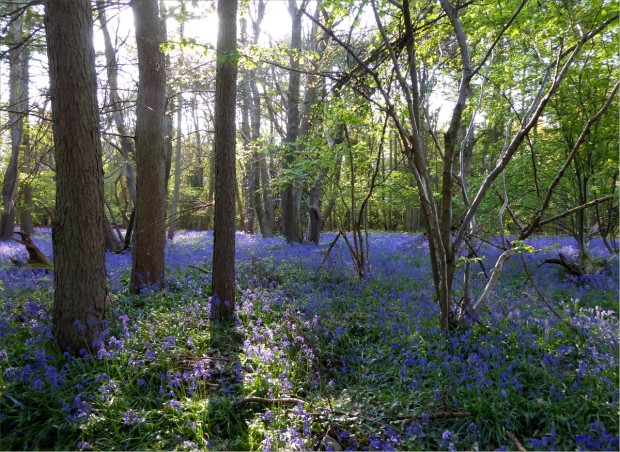 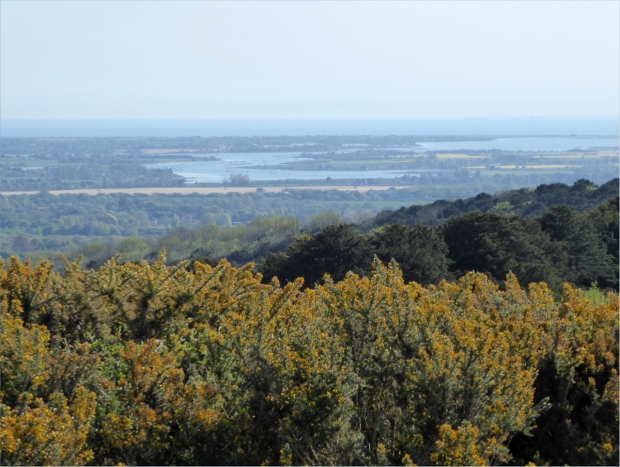 Chichester in the distance

Racton Monument, completed in 1775; a folly (i.e., not a real ruin) commissioned by the 2nd Earl of Halifax, possibly as a summerhouse or a lookout so the Earl could watch his merchant ships dock at the nearby port village of Emsworth. 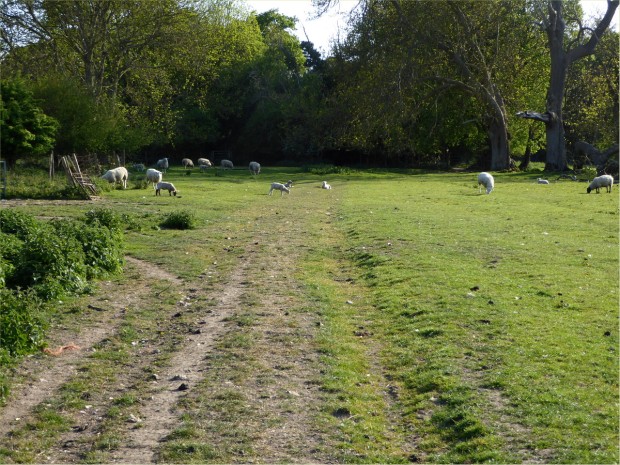 A bridleway overlooking Racton Monument took us through a small paddock full of sheep.