Chapman Field Recreation Center, or Chapman Field Park as it’s better known, is a ten minute drive down the lushly canopied Main Highway from where Gauthier and I live in Coconut Grove. We launched from Chapman Field for the second time two Sundays ago. I love this spot. It was quite busy on both occasions. On our first visit, we ran into a kayaker training to become a kayak tour guide in Alaska. On our second visit, we met a man who had just completed a 25 mile paddle on a Hobie. There were also several groups of kayakers.

The individual in the photo of the launch dock was part of a group of three who loaded their kayaks with beer, fishing gear and a boom box. We ran into them on our return trip. They were hanging out where Biscayne Bay meets the labyrinth of canals that takes you back to the launch. One of them was swimming and, as we approached, his buddy yelled “Alligator!” That brought him upright in a rush!

The history of Chapman Field is rather complicated, but fascinating. I found a very well written and detailed account of it here: Chapman Field – The Evolution of a South Dade Army Airdrome, written by Raymond G McGuire formerly of U.S. Department of Agriculture, last updated 2005. 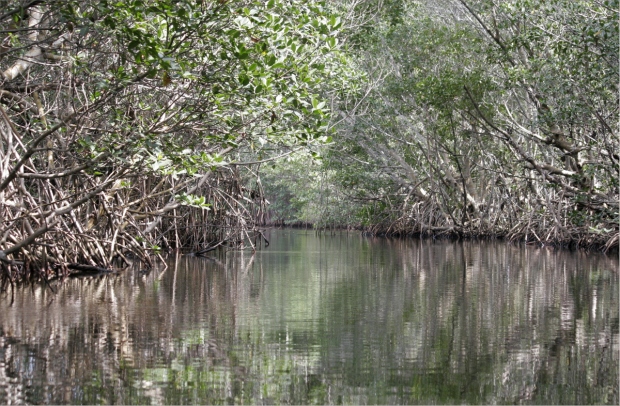 What follows is a summary of that document:
The U.S. military created Chapman Airfield in 1918 to assist with the war effort. The site consisted of a marl landing field, a lagoon for water landings, channels into Biscayne Bay, and a town with electricity, waterworks, a sewage system and a hospital. It was named after the first American pilot casualty of the war. Abandoned after the war, the land was used by the United States Department of Agriculture.

Under the leadership of Dr. David Fairchild, a plant explorer in charge of the Bureau’s Office of Foreign Seed and Plant Introduction, and creator of Miami’s famous Fairchild Tropical Botanic Garden, the site was used as “an ‘Ellis Island for plants’ – a place where sensitive plants could be propagated and bred for resistance to colder temperatures prior to their introduction to areas of the U.S. farther north.” By 1938, they had brought over 9000 new plant specimens to the site. In 1935, the site was expanded to include space for conducting rubber research. 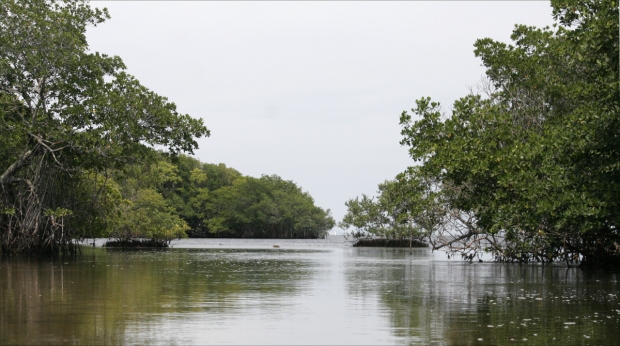 Portions of Chapman Field were subsequently used by Embry-Riddle flight school, the University of Miami, and passed through the hands of a private developer or two. As of 2001, according to the author, neighbors and environmental concerns had “stalled large-scale development sufficiently long that community interest has turned toward preservation of Chapman Field Park as a natural area.” The USDA has continuously occupied a section of the property since 1923, and continues to conduct plant science research there.

If you’ve ever wondered what an overgrown baseball field looks like, Chapman Field Park will provide you with the answer. The first thing you see when you enter the park is a small, elevated, outdoor recycling center, followed by a series of three overgrown baseball fields. The park also includes a hiking/bike trail. But of course, my favorite part is the kayak launch. 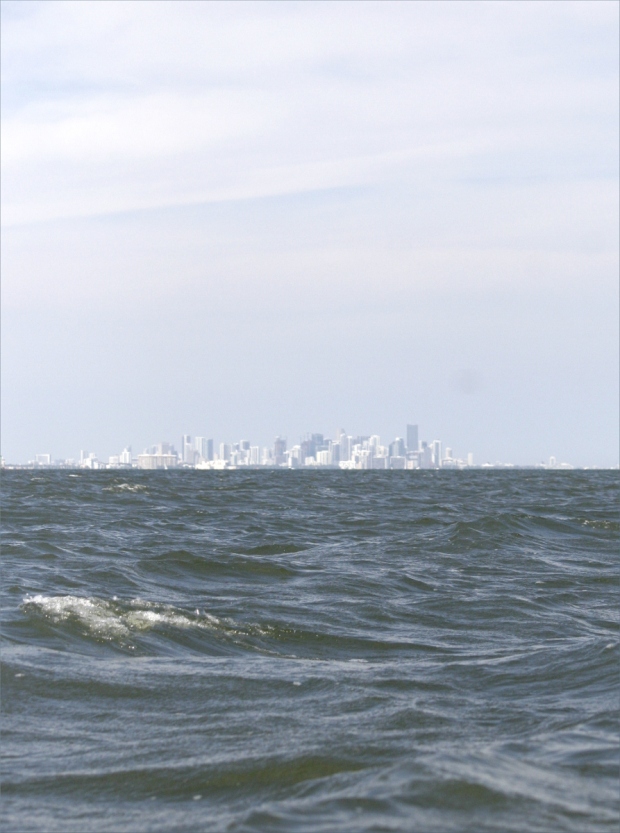 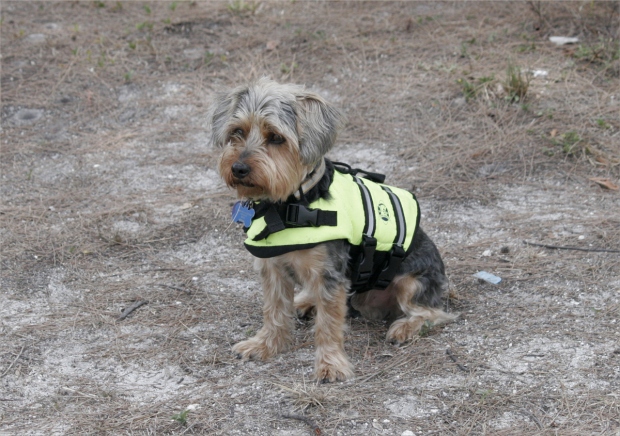 (In case you were wondering where Ollie was!)