Gauthier had spent days reading maps, so I knew he was planning another adventure. The spot he picked this time was John Pennekamp Coral Reef State Park. The launch site he selected was near Basin Hills, Key Largo.

It’s easy to find on a map because of the street names; they’re all French: La Croix Ct, Charlemagne Blvd, Valois Blvd and Marseilles Blvd.

There’s a somewhat public boat dock and launch site at the end of Valois Blvd.

A half hour paddle takes you to a secluded channel fringed on one side by a mangrove swamp and on the other by a rockland hammock. 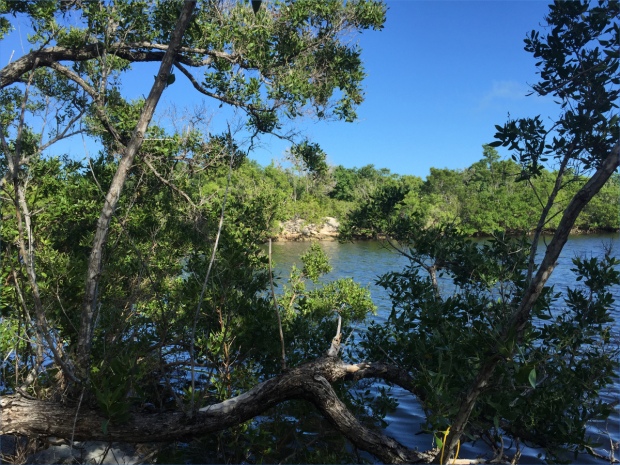 Wooden poles prevent all but the smallest of water vessels from passing into it. 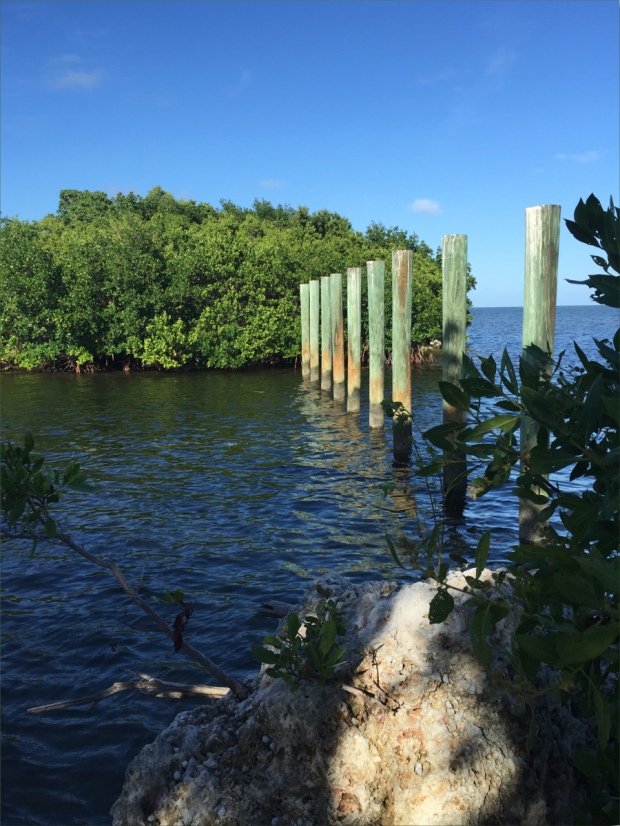 The shallow channel was obviously dredged, but whether it was dredged during the early part of the last century by developers to build houses or after the Cuban Missile Crisis by the government to transport nuclear missiles, we couldn’t say.

What looked like a crumbled concrete slab stretched along much of the rockland hammock. We saw many birds – cormorants, pelicans, egrets and herons – but my favorite find was chitons. 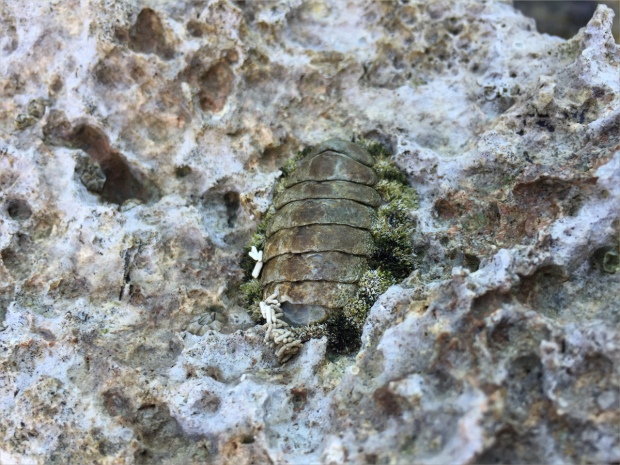 Chitons are a primordial animal and have the sharpest teeth on the planet, and some species have evolved into carnivores. We were also impressed by the blown up chunks of keystone coral. 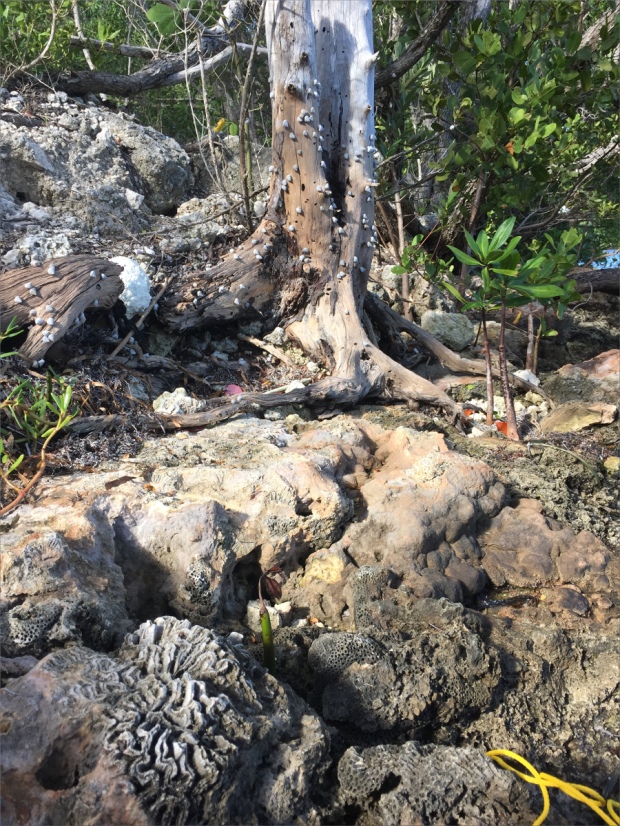 A mound of logs laid horizontally piqued our curiosity.

On our way home we stopped at Alabama Jack’s.