We had been driving west along Tamiami Trail for a while. I occupied the passenger seat and felt a little guilty about it because it meant that I could sight see and Gauthier, in the driver seat, couldn’t. “Holy moly, are there ever a lot of alligators!?” I would exclaim, or “Did you see that Sandhill crane?! I’ve never seen one this far South!” but by the time Gauthier had looked over his shoulder, we had driven past it every time.

By the time we reached Collier Blvd, my exclamations had become less frequent and their tone had changed. “Veronawalk?” I asked skeptically as we drove past a cement bridge painted a muted red with gleaming white pilasters that led into a gated community. Emerging from a newly tarred four-lane roadway and as-yet vacant strip malls, Veronawalk looked like it could have been snapped together from an “Italian Revival” modeling kit. “Are we going in the right direction?” I asked.

Turning off of Collier Blvd onto Sabal Palm Road, I received my answer.

Driving along the narrow dirt road, a filament bounded on either side by a wild array of sable palmettos, saw palmettos and long leaf pines and the occasional elevated house and fern colony, Veronawalk seemed outrageously alien and sterile, the realization of a dream sold to 17,000 unsuspecting victims in one of the first swampland real estate schemes. 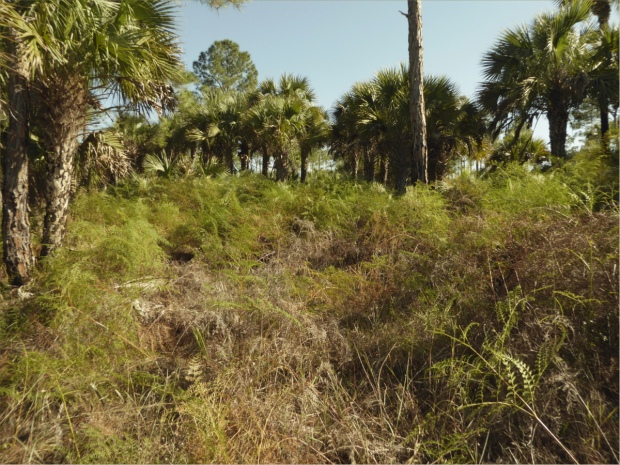 The trunks of erect but dead Australian pines add a vertical dimension to the grid of canals and roads that was “Golden Gates Estate.” Perched atop this trunk was a gorgeous Red-shouldered hawk (Buteo lineatus). 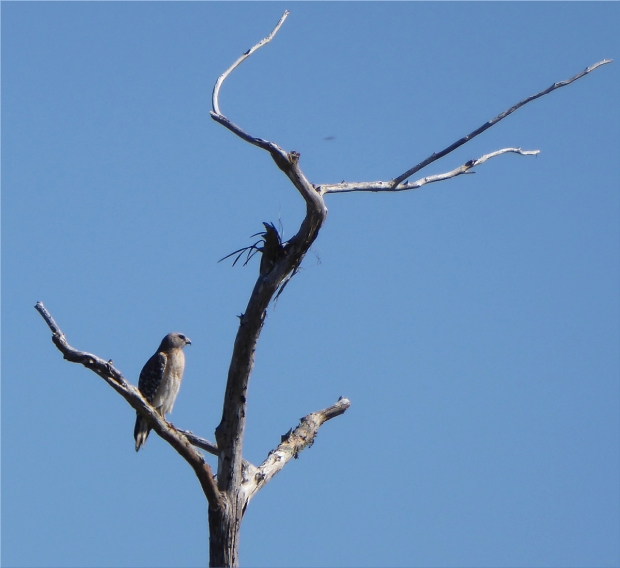 We parked at the edge of the swamp, where the road forks. Two-feet-deep puddles, murky but fresh from the constant sheetflow of the Everglades, had formed in the ruts of tire tracks and spread out across the road in both directions. 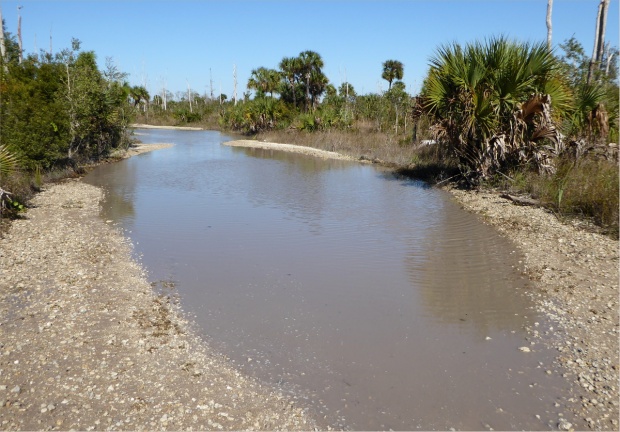 We hopped on our bikes and headed north, skirting the edges of the puddles and trying not to get wet with little success.

We passed a surprising number of jacked-up trucks, SUVs and Jeeps. Hunting is permitted and apparently popular in Picayune. The trail we had planned to take was completely flooded.

One truck stopped to ask us if the road we were on led back to a main road. “Are there any gates?” he asked. At over 76,000 acres, it’s scary to think of how easily you could get lost in Picayune. 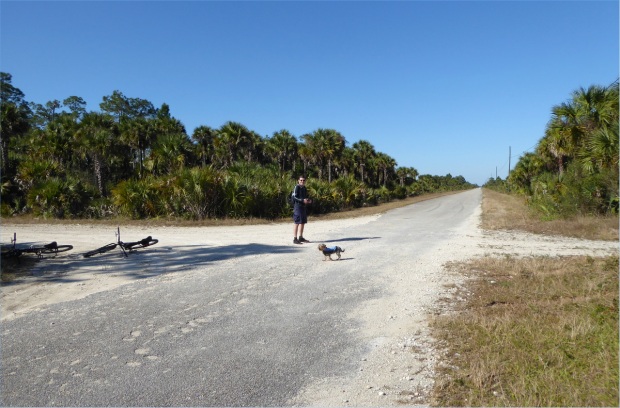 Where the road crumbled and disappeared is where it was wildest. 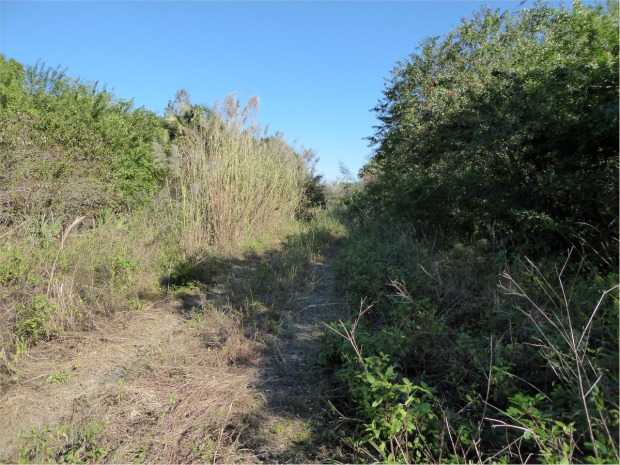 And a good place for a picnic.

On the return ride, we abandoned the idea of staying dry and rode our bikes straight through the middle of those giant puddles. Fat tires inflated to just the right pressure, seat post shocks and padded underwear eliminated any discomfort we might have felt from the rocky and uneven surface and allowed us to pick up enough speed to keep our balance as our tires sunk into wet gravel and we projected ourselves through the water. It was exhilarating. I almost made it back without falling. Within view of the car, I fell, drenching my pants, but I still felt like a winner.