We hike, jog and bike this short 3.5 mile (5.5 km) trail regularly. I’ve provided the latitude and longitude of the entrance we always use. Parking is free across the street in the Crandon Park Marina. Fifteen years ago, there was ne’er a person to be seen on the trail and the gay community found privacy on the beach. Recently the trail has become popular with bicyclists. The southern end of the beach is popular with kite boarders.

At the northern end of the beach is a very cool fossil reef. Before they banned swimming in this section of the beach, we snorkeled there and once as I was parting the sea grass, one single blade failed to move, and when I looked more closely at it, I discovered that it wasn’t a blade of grass at all, but a seahorse! It stayed still only long enough for my eyes to focus on it and then it disappeared. We’ve also seen sting rays and jelly fish. 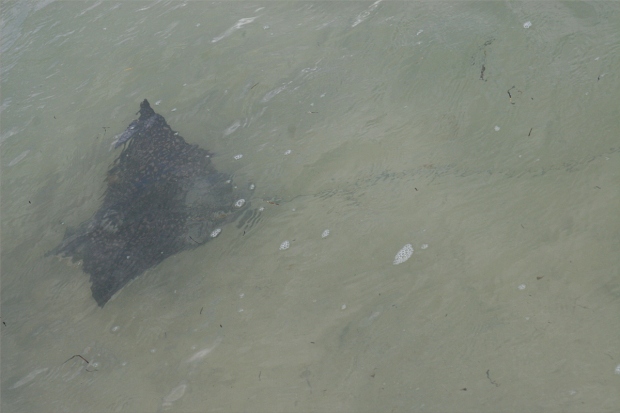 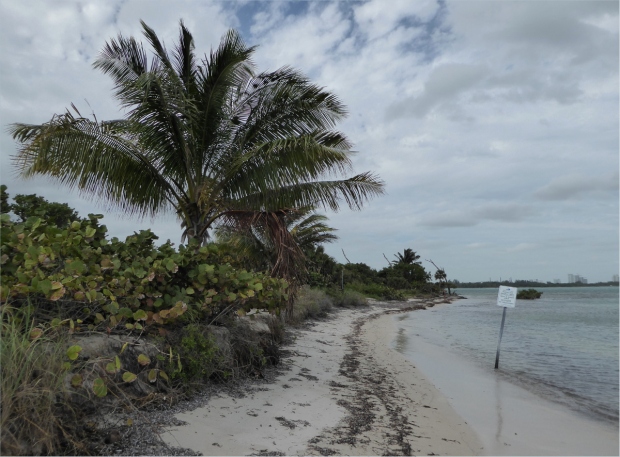 Restricted section of beach where fossil reef is; notice the beach erosion; Jan 2016

Although it’s suffered from invasive nickernuts, kudsu and, more recently, beach erosion, it’s still a beautiful trail. All kinds of birds hunt along the coastline and on the many sand bars: plovers and sanderlings, terns, herons, pelicans, cormorants. We’ve even seen yellow warblers in the trees along the trail. 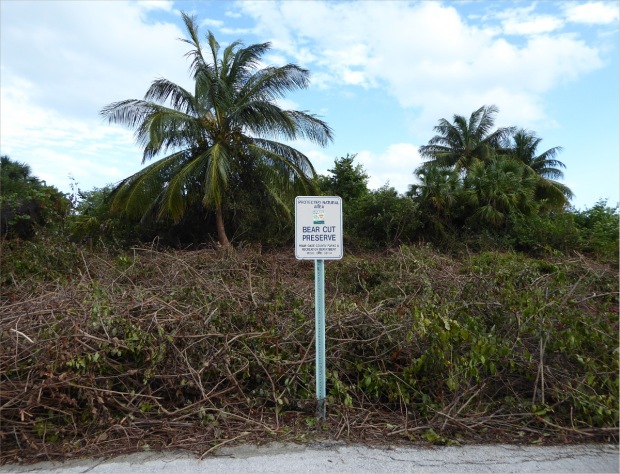 Sometimes you’ll see a metal variety of bird flying high overhead: commercial jets, sea planes, and once we saw a fighter jet darting back and forth across the sky. Cruise ships departing from the Port of Miami are also a frequent sighting. 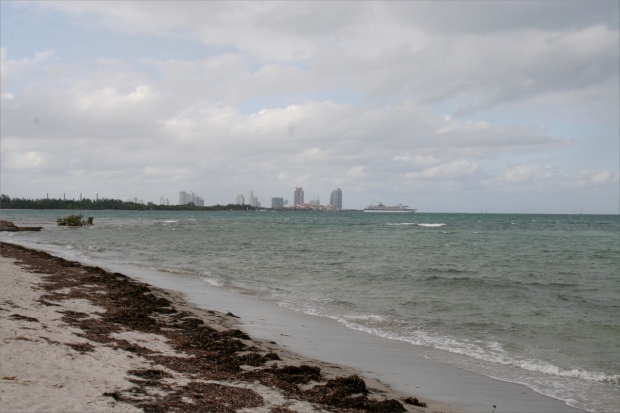 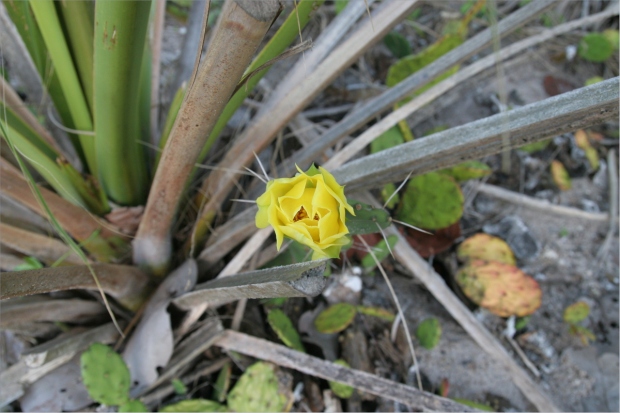 Psychotria nervosa nestled under the protective arm of a sea grape, Jan 2016 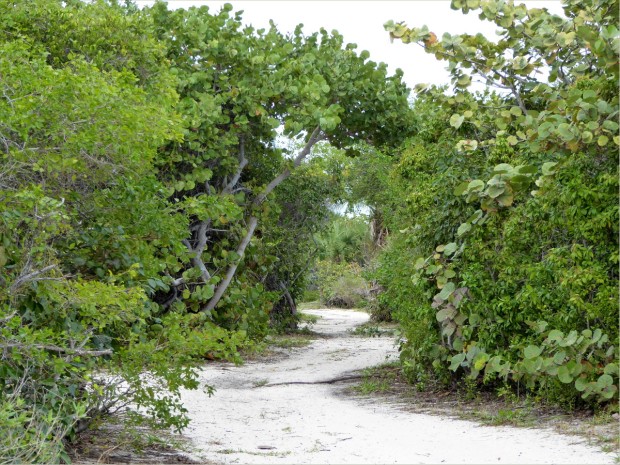 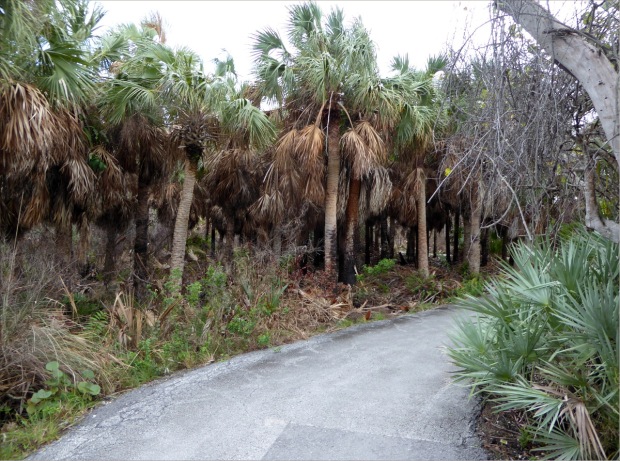 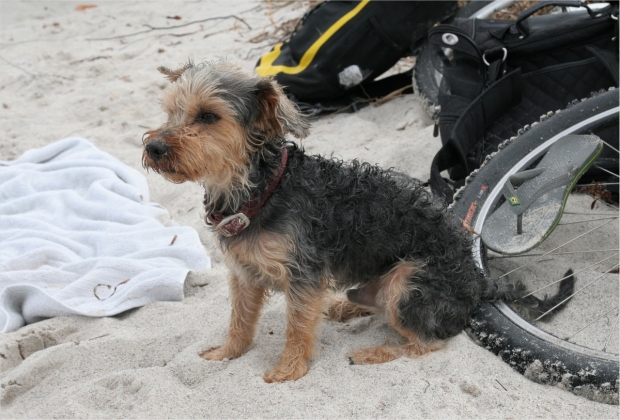 Dogs are not permitted on the beach, but until recently it wasn’t patrolled, Apr 2013