The Canal de Bourgogne is a hop, skip and a jump away from the small, agricultural town of Soussey-sur-Brionne, where my spouse has family. The Canal was originally conceived of in 1605, but construction didn’t began until 1775, and was completed in 1832. It spans 150 miles (242 km) and connects the Atlantic Ocean to the Mediterranean Sea. 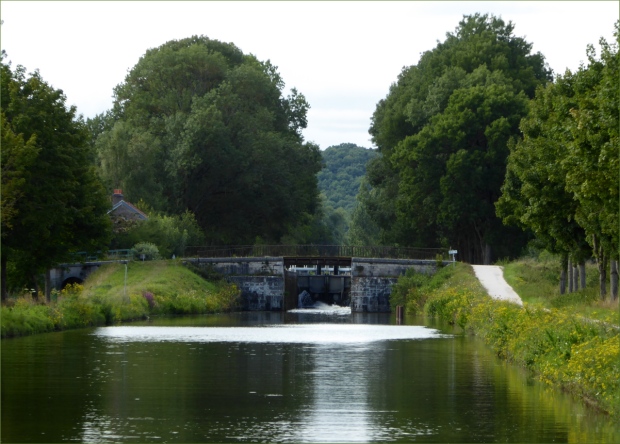 We traveled a very small section of the Canal, limiting our journeys to day-trips around Pouilly-en-Auxois. However, we saw quite a few cyclists, generally in couples, loaded down with enough gear to last several days. 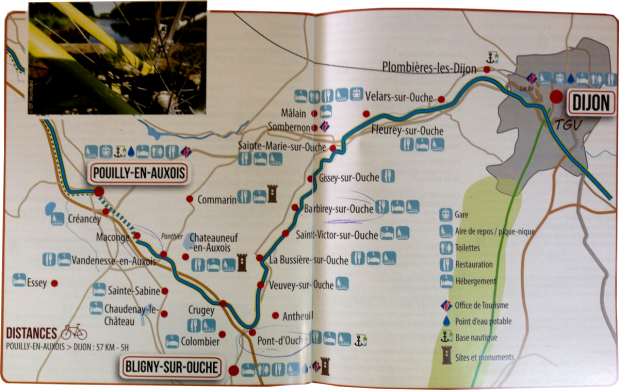 I found the lock-houses (“maisons d’ecluse” in French) fascinating. Although they’re no longer inhabited by lock-keepers (“gardiens d’ecluse”), their location, abutting the trail wherever there is a lock, were vivid reminders of the days when movement through the Canal was hand- and horse-powered. The structure of each lock-house was consistent, but each bore the stamp of their owner in their color schemes and embellishments. All were beautifully maintained. 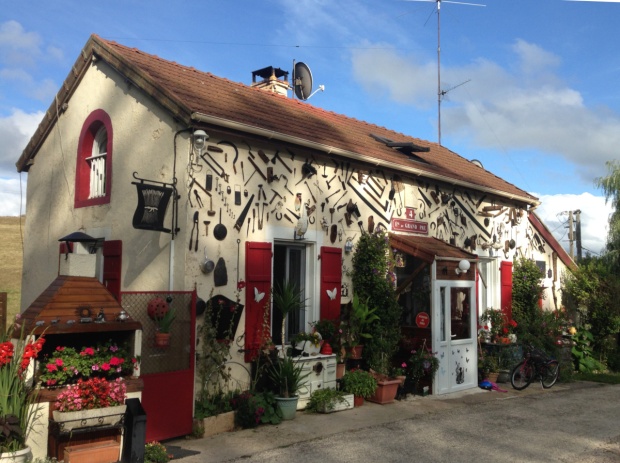 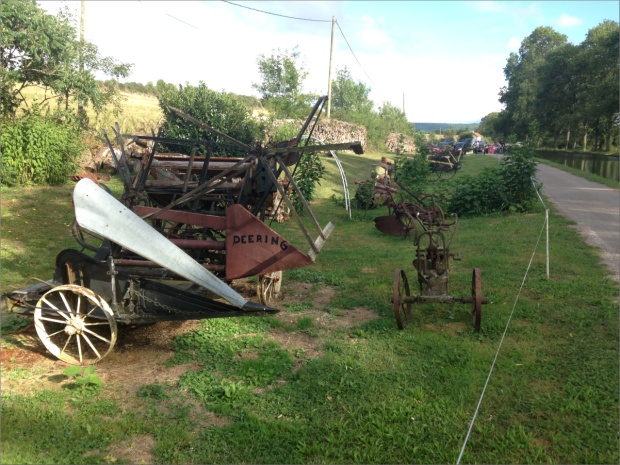 Some antique agricultural equipment on display outside the Vandenesse lock-house. I used to work at Vizcaya Museum and Gardens, former residence of James Deering (1859–1925), heir to Deering Harvester Company (which became International Harvester Company), so seeing this old Deering equipment was quite a thrill. James Deering had a close relationship with the French, and was even awarded the French Legion of Honor.

Motorized vehicles are prohibited on the trail, but that doesn’t stop locals, young and old alike, from using it to zip from one village to the next on motorized scooters. 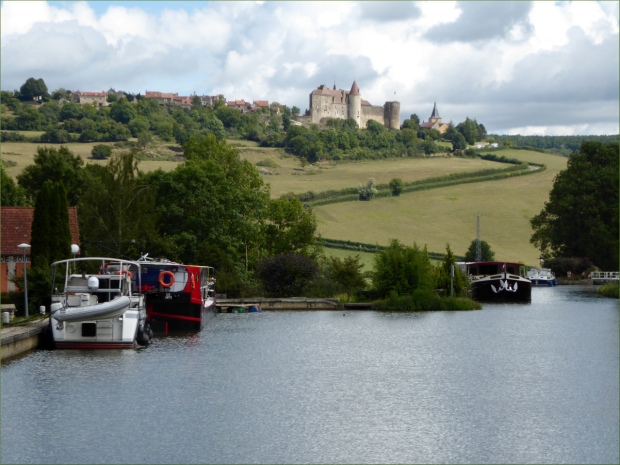 Chateauneuf-en-Auxois in the background, with the canal and canal boats in the foreground, make this an unmistakably French scene.

Oliver says the grass along the Canal de Bourgogne is some of the best in the world! 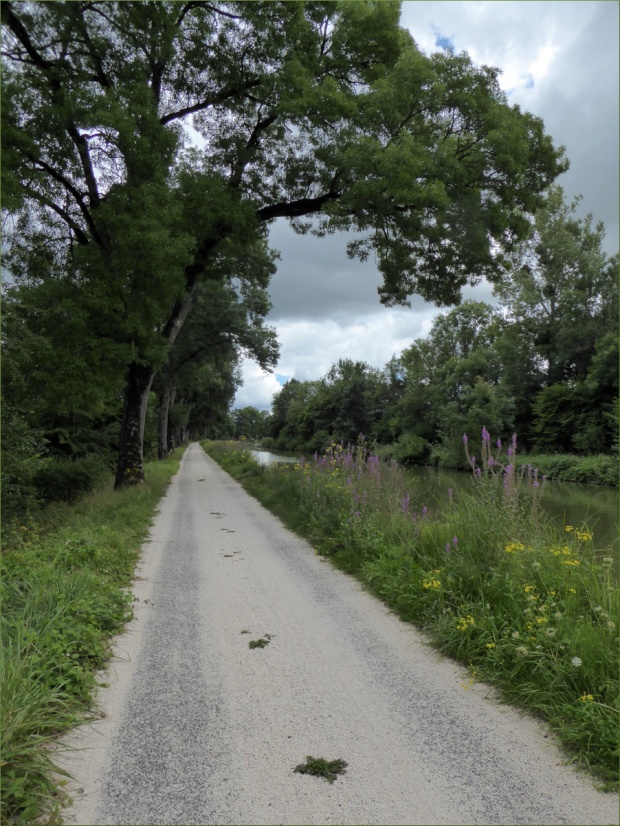 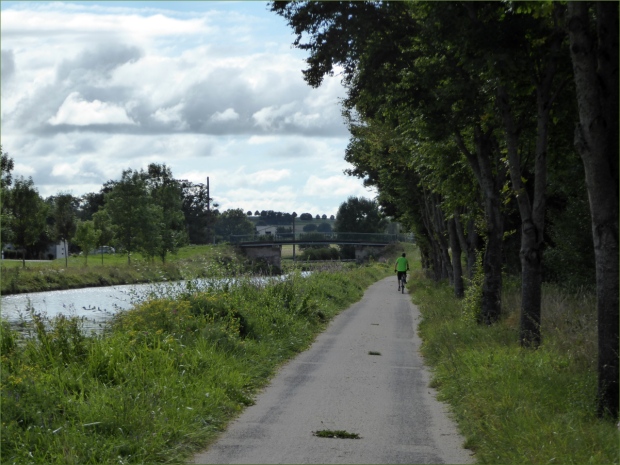