The rumors about Fakahatchee are true: it is breathtakingly beautiful with incredible diversity. Several trails loop through the sub-tropical strand swamp. We took the shortest loop – 12 miles, four over dirt roads and eight through the wilderness – and it took us four hours. 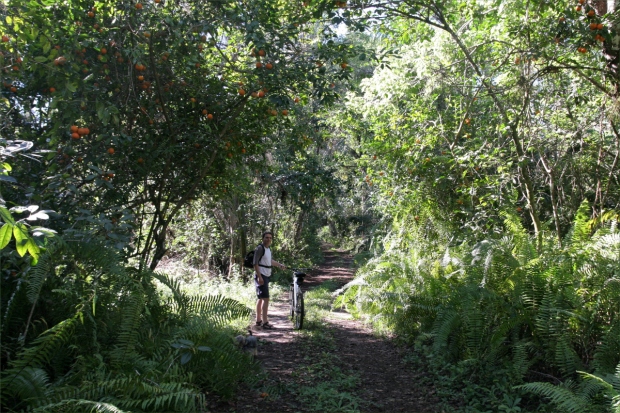 The oranges in those wild orange trees were super sour. 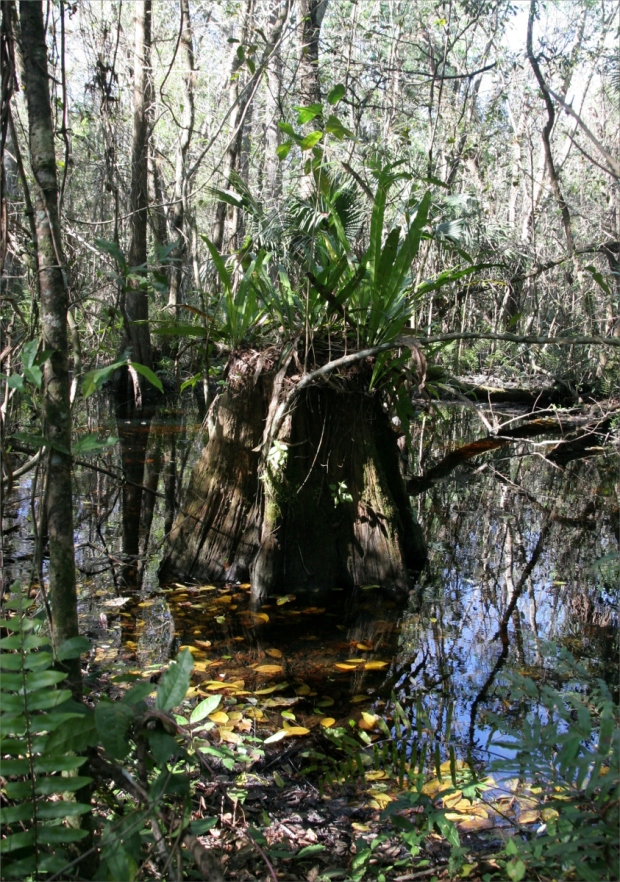 Originally purchased in 1913 by the Lee-Tidewater Cypress Company, logging began as a war time measure in 1944 and continued into the ’50s. Approximately one million board feet of cypress per week were removed. This guy looks to have been a casualty. 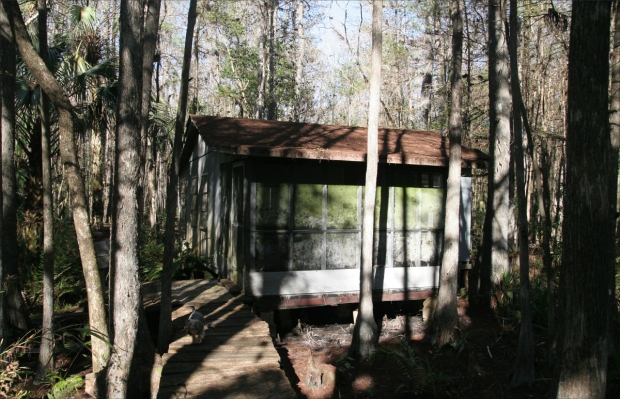 In 1966, the Lee-Tidewater Cypress Company sold the Strand to a real estate company, who platted it and sold 1 1/4-acre residential lots. In 1972, the Florida Land Conservation Act was passed and the State started to buy back the land. Consequently, abandoned dwellings, such as this one, appear occasionally along the trail. 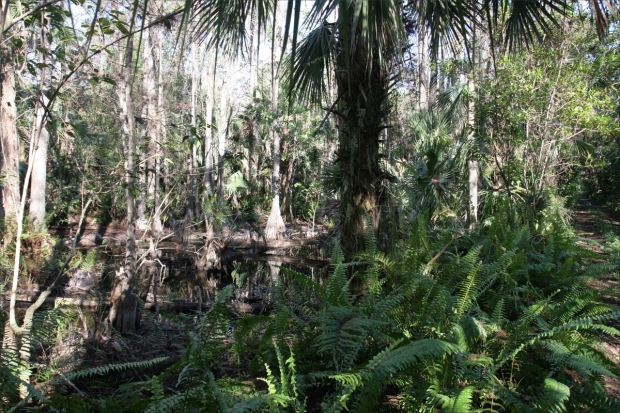 One of the draw-backs of biking the trail is that you miss seeing some of the smaller details of the trail, like the ghost orchids that the trail is famous for. However, there was no missing the giant leather ferns, one of 36 fern species that grow in the Strand. 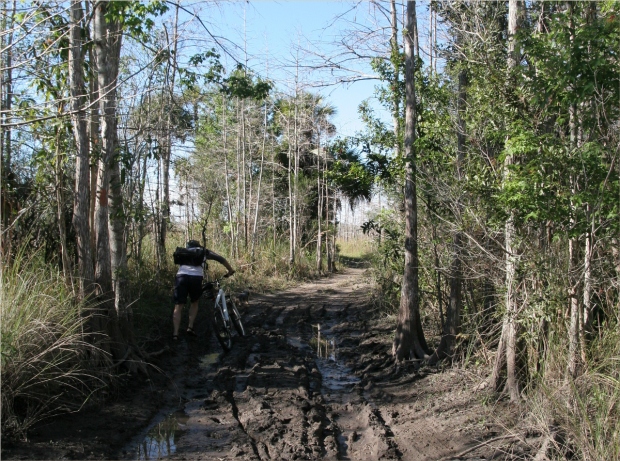 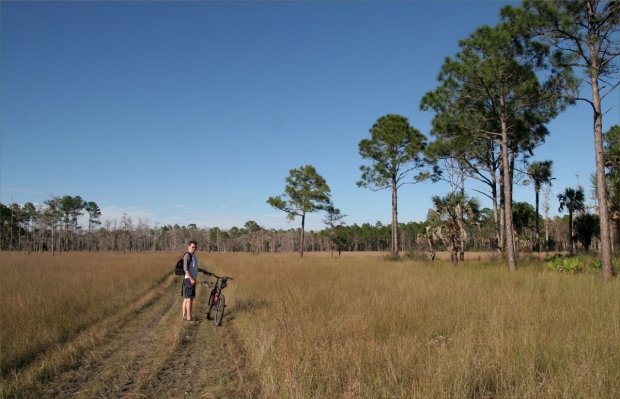 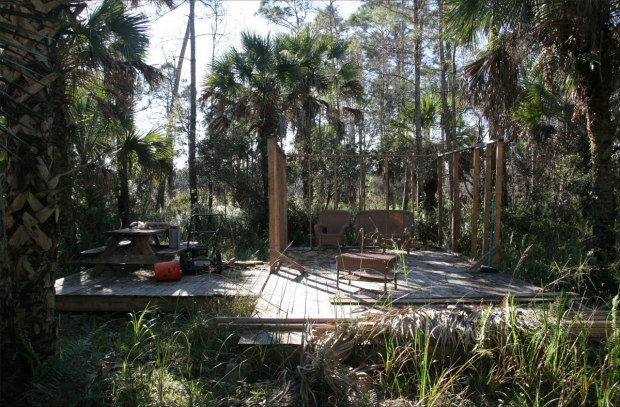 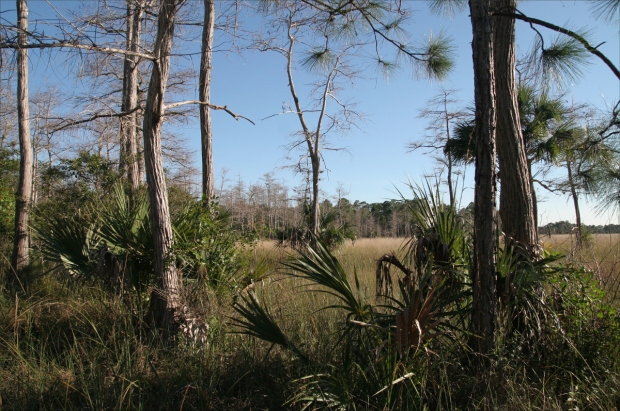 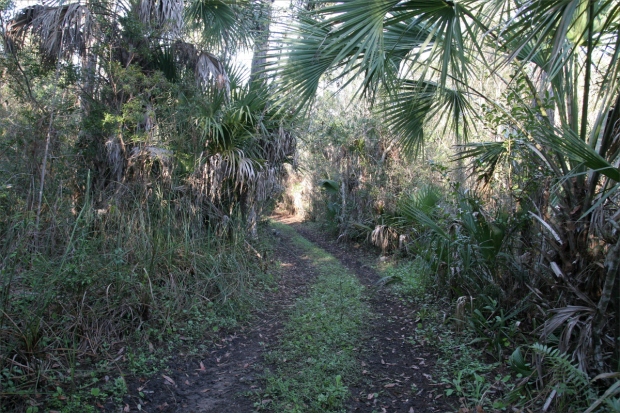 Biking along Mud Tram Road was a bit of a challenge. Knee high grass and vines hid cypress knees, tree roots, and holes in the oolitic limestone out of which the road was carved. But they were nothing an urban assault bicycle couldn’t handle… I wish I could say the same for the rider. We walked most of this section. 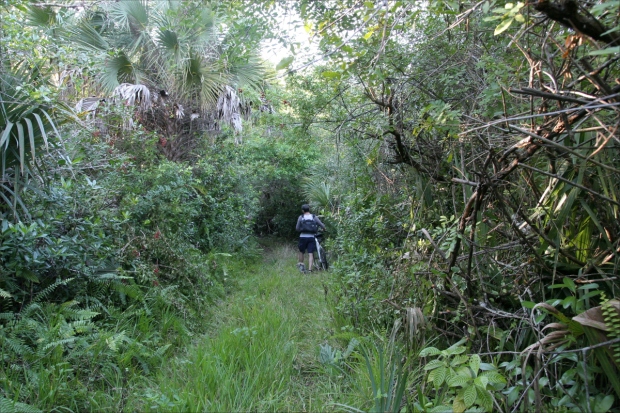 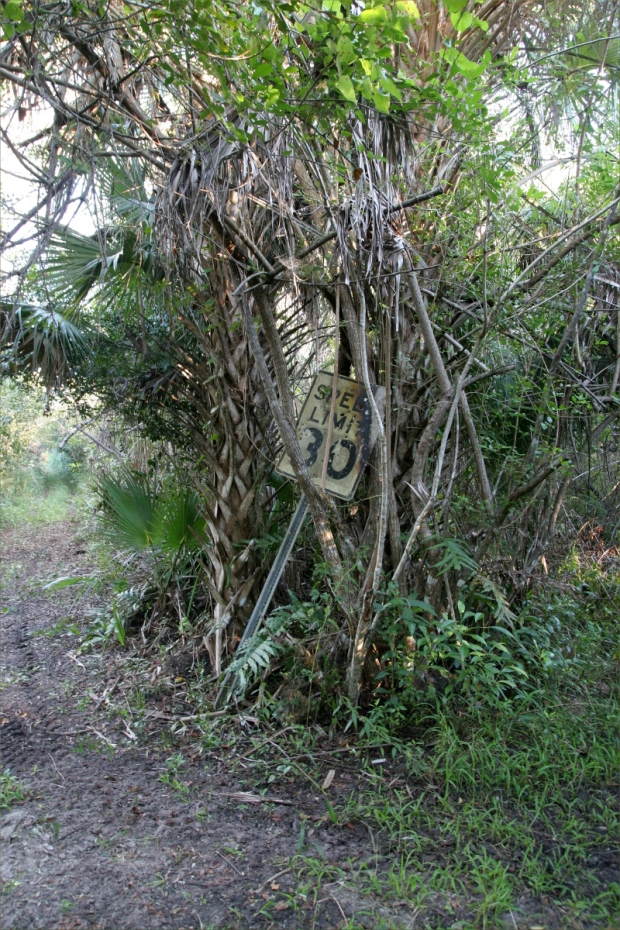 A speed limit we could handle.

Resources
The History of Fakahatchee Strand, by Franklin Adams, Friends of Fakahatchee historian
Experience the Fakahatchee East Main Trail
The Ferns of Florida: A Reference and Field Guide, by Gil Nelson