Wilderness Trip Planner: A guide to camping in the coastal portions of the Marjory Stoneman Douglas Wilderness

And on the 900th stroke, we arrived at East Cape. We were greeted by a family of campers in a motor boat that gave us first pick of a camp site out of deference to our muscle-powered wake, and a flock of Sanderlings.

By 4:45, we had set up our tent. As the day faded into night, we passed the time cooking, arranging seashells in the sand, chatting, sipping bourbon, and star-gazing. As the night wore on, the stars grew brighter and brighter, the rising and receding tide lapped against the shore twenty feet away, and giant wading birds stopped to sample insects outside our tent.

Gauthier woke up early to watch the sun rise.

Our friends the Sanderlings were up early as well, as were a flock of Terns. During low tide, the shallow bay reveals muddy tongues protruding from the shoreline that are completely hidden during high tide, like the one these Terns are on. 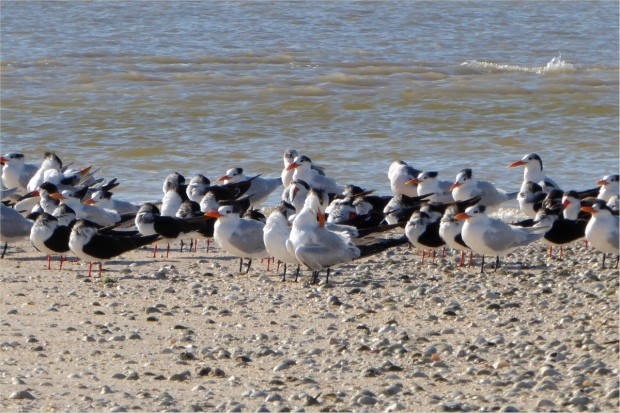 One characteristic that all of the beaches we stopped at had was washed up sea sponges. There are over two hundred sponge species in South Florida. The sponges in the photo below are vase sponges.

Sea sponges are a foundation species and a sign of a healthy ecosystem. In the photo below, a Sanderling inspects a Haliclona rubens.

Marjory Stoneman Douglas had a hard time making a case for the designation of the Everglades as a National Park. Folk saw holes in trees like the one below, assumed they were created by insects with really big teeth, and wanted nothing to do with it. Honestly, we wondered whether that hole, with its serrated edges, wasn’t created by giant, razor-sharp mandibles. 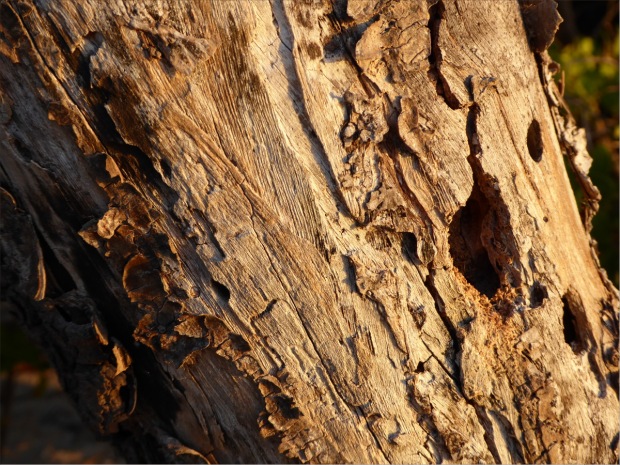 Holes in shells like those in the shells in the photo below provide clues as to how the shells died. Those tiny perforations were caused by sponges called Boring sponges. Boring sponges attach to shells for shelter, often smothering the host. The little holes are caused by the chemicals they use to attach themselves. Polychaete worms are the villains that cut grooves in oyster shells. And the little holes that are useful for turning shells into necklaces, those are caused by predatory sea snails and slugs.

Gauthier paddled to the southernmost beach on East Cape. The wind had picked up and was blowing from the east at a worrisome clip, so I chose not to accompany him and preserve my energy.

There he saw Gumbo limbos… 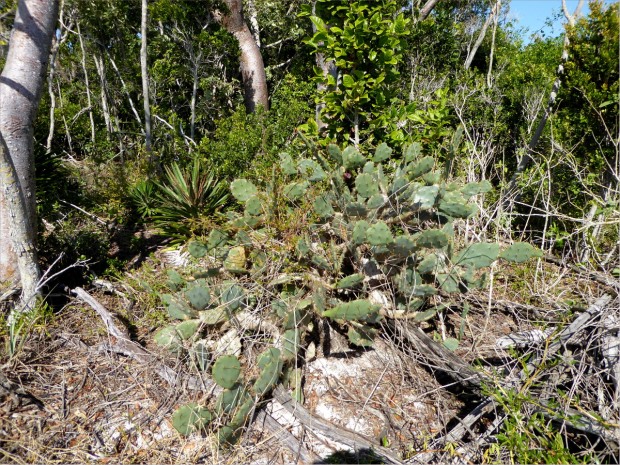 and this giant Horseshoe crab. This lovely lady was around two feet long from head to tail! She should scare me because horseshoe crabs are more closely related to spiders than they are to crabs, but seen from above she’s not very scary-looking. You have to respect a species that’s been around for more than 300 million years! 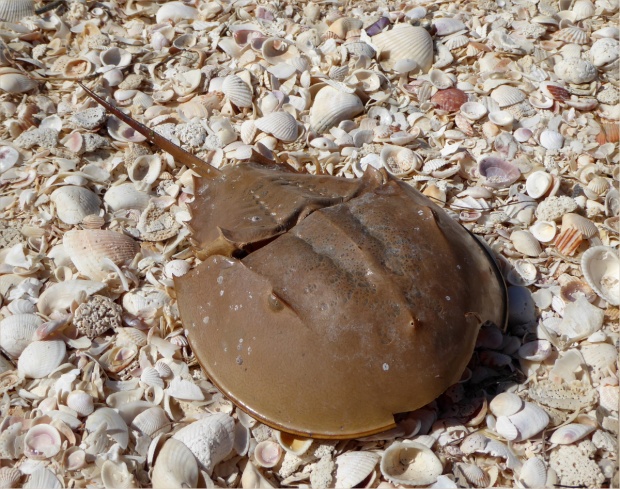 As we headed eastward towards East Clubhouse Beach where we were to spend night two, we paddled against the tide and a wind of around 18-20 mph (8-10 m/s). We used the tree below, which marks the southernmost tip of Florida, to gauge how far we’d traveled. It grew smaller very slowly.